No one make a sound!  I’m trying to be sneaky and take over Todd’s blog for the day!  See, he went and bought my book right when it came out.  Then, he went and wrote the first ever fan fic for it less than 48 hours after it released.  I’m thinking it is payback time!

Now, Todd and I have never actually met.  Though he has volunteered to provide security for me at a con should I ever get to that point in my career.  I do believe we’ve set up a duel between him and the other volunteer member of the squad at the hotel swimming pool.  Two combatants, two super soakers, and an obstacle course made out of lounge chairs!

There was also a mention of either the super soakers being filled with alcohol or the combatants wearing rainbow tutus, but I’m not certain if that’s happening yet.  We’ll keep you posted.  I think the promise of pictures made both Todd and Tony leery of the tutus.

Todd’s a great writer.  I think you all know this.  What you may not know, however, is that he’s just as good at encouraging others.  He managed to convince this very inexperienced and unsure new writer that she had the stuff to get published.   Whenever I waivered, he’d be right there telling me that I wasn’t nearly as bad as I thought.  For that, he found a place in the dedication at the front of my book.  Nope, didn’t tell him ahead of time.  I let him have the fun of seeing it firsthand.

Hmmm…maybe I can convince him to wear the tutu after all….hmmmm……..

Todd and I met through a yahoo Fantasy Writers group.  Back in January, I became one of the lucky few who got offered a publishing contract.  Now I have the fun job of bullying him and another great writer on the site, Tony Rudzki, to get their stuff out there.

Speaking of Tony, I’m hijacking his blog tomorrow (http://writingsfromthefruitcellar.wordpress.com) Feel free to visit me there tomorrow and see if I can get HIM into a tutu as well!
Ok, time for the part of the blog where I tell you I’m putting a whole bunch of links down at the bottom for my book or how to find me in various places.  But, before I do that, I want you all to promise me to harass Todd once I’m gone!  Start asking him when he’s giving you new stuff to read, when’s his first book signing, or if he’s decided on a color for the tutu!
KateMarie Collins 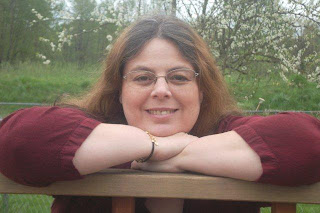 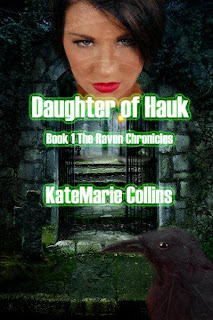 Thanks so much for hijacking my blog. (I don't mind, but did you have to mention tutus?)

If anyone is interested in the fanfic I did for Daughter of Hauk you can find it here.

I would love comments on the piece, especially from those who have read the novel. The fanfic is done from the point of view of one of the combatants in the book's big battle scene.

Tod, my favorite color is purple!!!